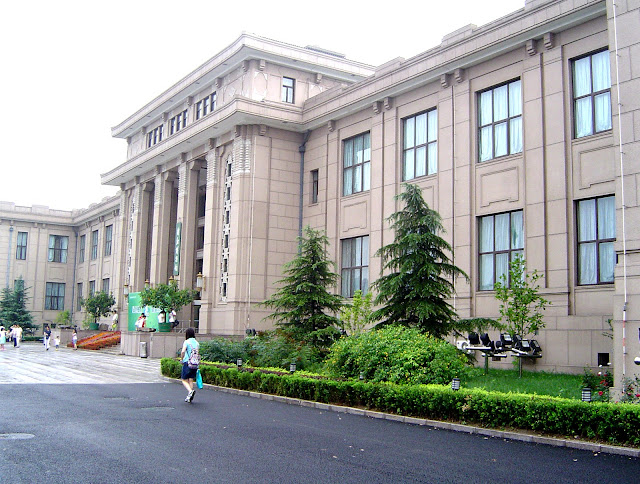 Beijing Museum Review: Beijing Museum of Natural History (北京自然博物館) Photo of Guo's Calligraphy Displayed at His Former Residence in Beijing Founded in 1951, the 24,000-square-meter Beijing Museum of Natural History (BMNH) is situated at Chongwen District (祟文區), housing over 200,000 specimen. This is the perfect spot if you want a break from all those traditional Chinese buildings and would like to spend an afternoon looking at something more universal, more natural, and a little bit Western.   Primarily the architecture of BMNH is of classical Western style, with Guo Moruo's calligraphy at the main entrance. A photo of the calligraphy could also be found at the Guo Moruo's Former Residence. The word "自然" refers to nature, whereas "博物館", museum - so there it is the name of BMNH "自然博物館". The decor also displays the same style as its exterior, which goes well with the very good lighting in the lobby. On th
Publicar un comentario
Leer más